It's Philadelphia-based alternative rock station Radio 104.5's 9th Birthday and to celebrate, they're having the party to end all parties! Listeners can celebrate in style with the killer line-up of Twenty One Pilots, AWOLNATION, Catfish and the Bottlemen, and The Front Bottoms bringing the festive vibes to BB&T Pavilion on Saturday 11th June, for an electric night of all out music and revelry! 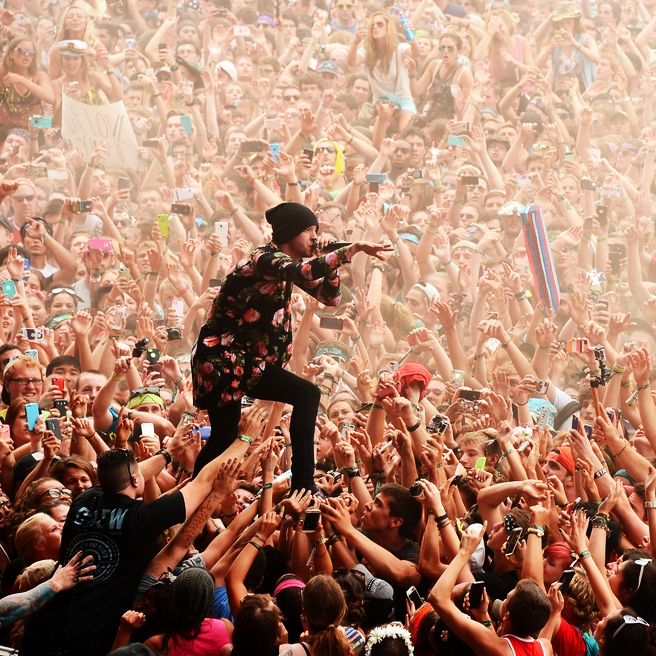 Taking their name from the play All My Sons by Arthur Miller, Twenty One Pilots are an alternative hiphop band who formed in in 2009 in Columbus, Ohio. The band was started by college Tyler Joseph, Nick Thomas and Chris Salih, who released their self-titled debut album on December 29, 2009. 2011 saw the departures of Thomas and Salih due to busy schedules, and Josh Dun former live drummer of House of Heroes joined the band. Later in the year, the duo released their second album, Regional At Best, and were signed to the Atlantic Records subsidiary label Fueled by Ramen in November. Twenty One Pilots' first major label release, Vessel, was released in January 2013, followed by Blurryface, which was their first No. 1 album on the Billboard 200 and came out four days early on May 15, 2015, selling over 134,000 in its first week.