Are you ready to see two of the most important country music icons on one stage? Catch the Grammy Hall of Fame Willie Nelson and ACM's Artist/Songwriter of the Decade Chris Stapleton in an evening that will define what quality country music is. Witness the two country music superstars enthrall the audience through their classic, timeless hits this Friday, September 23, at Waterfront Music Pavilion during the finale night of Shotgun Willie's Outlaw Music Festival. The concert will also feature country newcomer Zach Bryan and other promising artists. Secure your tickets for this incredible show and prepare to be captivated by the music of Country Music's Greats. Click on the "Get Tickets" link to secure your tickets now! 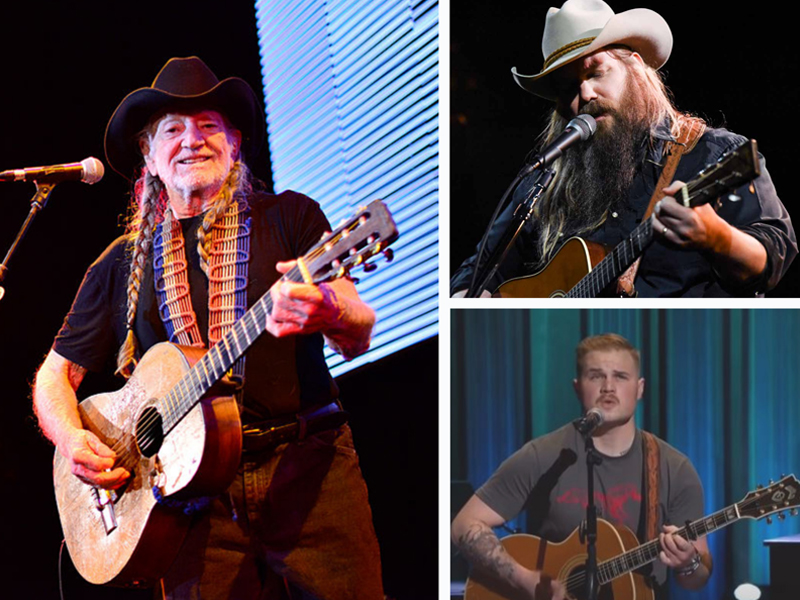 "The Outlaw Music Festival Tour has always been about family and friends coming together for a great day of music and fun, and with the amazing group of artists joining us, this year promises to be our most special Outlaw Tour to date," Willie Nelson states his excitement for this year's Outlaw Music Festival.

The annual festival, which started in 2016, is back on the road again this year, and Willie will be live and in concert with his family and friends this June through September. This year's lineup and tour dates are bigger than ever. Shotgun Willie will take with him some of the biggest names in the country music scene. These include Chris Stapleton, The Avett Brothers, Nathaniel Rateliff & The Night Sweats, Jason Isbell and the 400 Unit, Billy Strings, ZZ Top, Gov't Mule, Brothers Osborne, Zach Bryan, Steve Earle & The Dukes, Allison Russell, Charley Crockett, Larkin Poe, The War and Treaty, and Brittney Spencer. Like the previous years, the lineup for each event will vary.

One of the most highly-anticipated performers this year is Chris Stapleton, who is part of September 23rd's Waterfront Music Pavilion lineup. As one of the most prominent country music artists today, Chris adds utmost excitement to the festival's final night by performing his hits to Camden, New Jersey crowd. The Grammy-award-winning artist will be joined by Zach Bryan, Larkin Poe, and Brittney Spencer as opening acts.

Zach Bryan is relatively new to the country music scene. However, he has found early success through songs highlighting his raspy voice — a mix of classic folk melody and outlaw country with a raw edge that cuts to the bone.

Moreover, Larkin Poe is an American roots rock band who are often touted as "the little sisters of the Allman Brothers." They have toured as backing musicians for various other bands, such as Elvis Costello, Kristian Bush of Sugarland, and Keith Urban. Brittney Spencer, on the other hand, is a country newcomer who received special attention following a viral video showing her singing a cover of the song by The Highwomen.