Country music superstar and guitar-slinger Brad Paisley will turn Waterfront Music Pavilion into a City of Music this summer as he brings his "Brad Paisley: World Tour 2022" to Camden, New Jersey, on Friday, 3rd June 2022. This is the country music superstar's first concert tour after the pandemic hit the world, so expect that this will be exciting! What's more exciting is the inclusion in the lineup of the American country music singer-songwriter Tracy Lawrence and Canadian country music singer Tenille Townes. This is expected to be one of New Jersey's ultimate country music events this summer, so be sure to grab your tickets now! Click on the "Get Tickets" button to reserve yours. 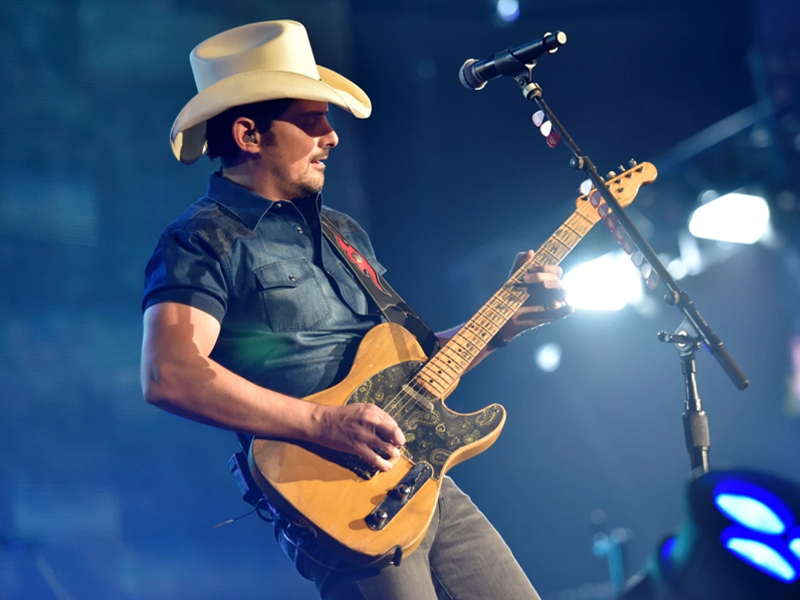 Since topping the charts in his debut in 1999, Brad Paisley has proven to be one of country music's most consistent hitmakers. With hit songs like "Waitin' on a Woman," "Welcome to the Future," "This Is Country Music," "Whiskey Lullaby," and "Letter to Me," among many others, Brad has shown his versatility, proving that he sits among country music greats.

For over two decades, Brad Paisley became one of the most decorated male solo artists. Because of his unmatched showmanship and superb songwriting, he was able to win various awards from different award-giving bodies. The most notable include three Grammys, two American Music Awards, 15 Academy of Country Music Awards, and 14 Country Music Association Awards, including a highly coveted "Entertainer of the Year" distinction. Indeed, he is a country music legend in the making.

Last year, Paisley successfully held his tour at more than 30 cities across the US, including Tampa, Dallas, Houston, Charlotte, Raleigh, Chicago, and Phoenix. And this year, he is bringing his concert tour to the next level as he launches his "Brad Paisley: World Tour 2022" that will include big venues in Australia, Canada, Sweden, Ireland, Norway, and other European countries.

In the North American leg of his tour, he will be stopping at Camden, New Jersey's Waterfront Music Pavilion, on June 3. He will be joined by the country artists Tracy Lawrence & Tenille Townes. Lawrence is an award-winning singer known for his songs in his most commercially successful albums: "Alibis" and "Time Marches On." Tenille Townes, on the other hand, is a Canadian country music singer from Grande Prairie, Alberta. She is known for her songs "Somebody's Daughter" and "Jersey on the Wall (I'm Just Asking)," which both peaked at number 1 on the Canadian Country Music Charts.

With the inclusion of these two amazing artists in the lineup, we are certain that this concert is going to be memorably pure country!