You fell in love with them as boys, now, come see them as men… It’s the Backstreet Boys! Back to being number 1 with their brand-new album DNA. Only at the BB&T Pavilion in Camden, New Jersey on Thursday July 16th 2020 they are back again and they want it that way, with their DNA World Tour 2020. "We give our fans 100%, night after night, putting on the best Backstreet Boys show we can. We play our hits, we dance our asses off and we do it because we love our fans," AJ McLean said about the show. 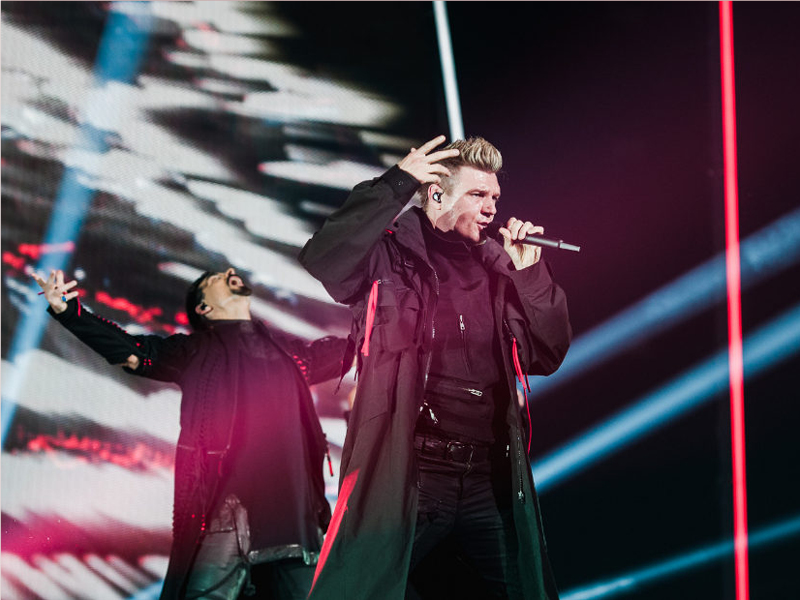 The Backstreet Boys are one of the few boy bands to have continued success long after their peak having sold over 100 million records worldwide, making them the best-selling boy band of all time, and one of the world's best-selling music artists. On May 14, 2018, the Backstreet Boys announced their new single, "Don't Go Breaking My Heart", released on May 17, as their lead single for their new album. On November 9, the Backstreet Boys released the single "Chances" and announced the title of their ninth studio album, DNA, which was released on January 25, 2019. On January 4, 2019, DNA's third single, "No Place," was released. DNA is their tenth studio album, it features tracks written by Edei, Lauv, Andy Grammer, Stuart Crichton, Ryan Tedder and Shawn Mendes. The album debuted at number one, becoming the Backstreet Boys' first number-one album since Black & Blue in 2000 and is the Backstreet Boys' third number-one album it also makes this their eighth consecutive top-ten album following In a World Like This and the best-selling album of 2019 in the United States!