Woodland creatures seem to be a theme for Zac Brown Band… Having recently finished their Down the Rabbit Hole Tour, the incredible Americana band comes to BB&T Pavilion on Saturday 7th September 2019 on the Owl Tour! The tour will promote their upcoming new album, which celebrates "the mythology and mystery surround the great horned owl … serving as a guide when we need sight in even the darkest of moments." They'll be joined in support by Lukas Nelson & Promise of the Real! 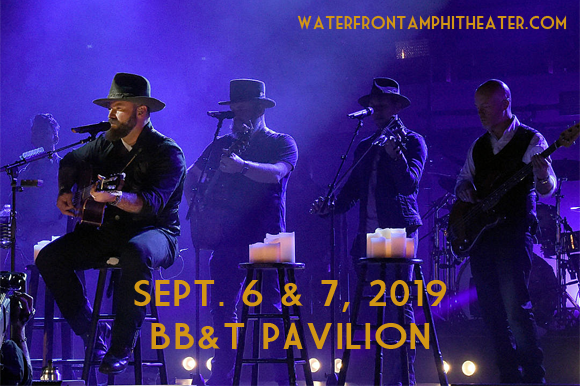 Frontman, singer, guitarist and songwriter Zac Brown had been touring for nearly ten years under his own steam before forming the Zac Brown Band in 2002, with a schedule of approximately 200 dates a year. He began his own record label in 2003, and in 2004 sold his music club and restaurant to buy a tour bus, allowing the Zac Brown Band to tour full time. Over time, the group's line-up expanded, and today the group consists of Zac Brown (lead vocals, guitar), Jimmy De Martini (fiddle, vocals), John Driskell Hopkins (bass guitar, guitar, baritone guitar, banjo, ukulele, upright bass, vocals), Coy Bowles (guitar, keyboards), Chris Fryar (drums), Clay Cook (guitar, keyboards, mandolin, steel guitar, vocals), Matt Mangano (bass guitar), and Daniel de los Reyes (percussion). In 2008, the band released its debut album, The Foundation, which was a huge hit, launching four number-one singles and earning the band a Grammy Award for Best New Artist, as well as triple-platinum certification. The group's success has continued with its four subsequent albums and Zac Brown Band has taken home three Grammy Awards to date, as well as several other awards. Their most recent release is 2017's Welcome Home.