XPoNential Music Festival is brought to you by the award-winning, indie-rock Philadelphia public radio station, WXPN 88.5FM, and features a lineup of over 30 established and up-and-coming artists that are played on the station, along with a variety of family-friendly activities. The festival takes place over three days From Friday, September 16th to Sunday, September 18th 2022 and is set on Camden’s waterfront, featuring three stages with two at Wiggins Waterfront Park & Marina and for two days, the headline stage at Waterfront Music Pavilion. Past performers include the likes of Ingrid Michaelson, Ryan Adams, Jenny Lewis and Beck. Grab some tickets and come see your favorites artists and discover some new talent. 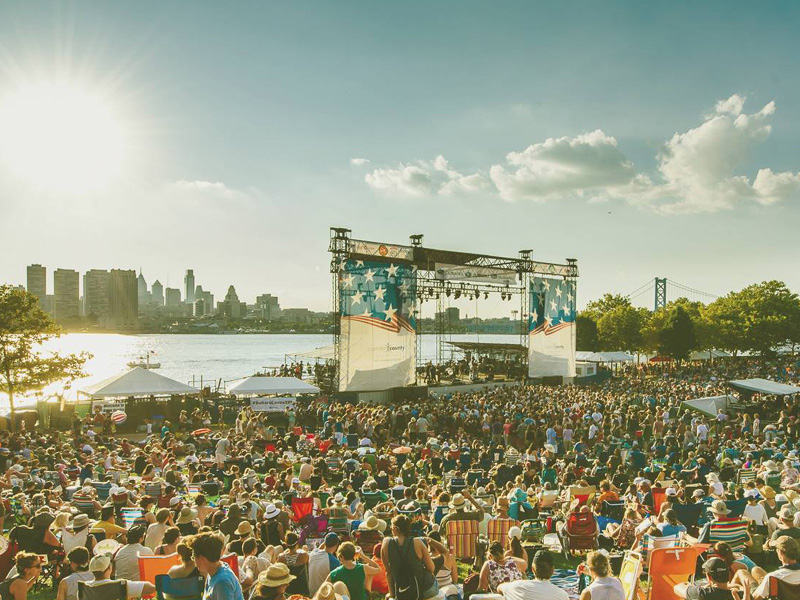 The first day of the festival, Friday, September 16, will see gigs played by The War On Drugs, Patti Smith and Her Band, Geese, at Waterfront Music Pavilion, and Taj Mahal, Samantha Fish, Dos Santos, Tamino, The Tisburys and Omar’s Hat all at Wiggins Park.

The final day of music will feature performances by Jenny Lewis, Kathleen Edwards, The Suffers, The Dip, Buffalo Nichols, Cosmic Guilt, Catbite and Chestnut Grove, all at Wiggins Park.

For nearly 30 years, the XPoNential Music Festival has been drawing audiences from the Greater Philadelphia area, Mid-Atlantic region, and Northeastern US to the Delaware Riverfront. Featuring WXPN’s expertly curated mix of established and new artists, the family-friendly festival offers convenient access via public transportation, natural amphitheaters that produce great sound, extensive food, drink, and vendor selections, and festival seating and riverfront promenades that offer spectacular views of the Delaware River and Philadelphia skyline.

WXPN, the nationally recognized leader in Triple A radio and the premier guide for discovering new and significant artists in rock, blues, roots, and folk, is the non-commercial, member-supported, public radio service of the University of Pennsylvania. WXPN produces World Café, public radio’s most popular program of popular music that is distributed by NPR to more than 280 U.S. radio stations, and the Peabody Award-winning Kids Corner.