Country fans, grab your cowboy boots and slap on those Stetsons, Tim McGraw & Russell Dickerson are bringing the McGraw Tour 2022 to BB&T Pavilion on Friday, May 20th, 2022. Joining McGraw as special guests is Russell Dickerson as well as new Country artists, Alexandra Kay and Brandon Davis, grab some tickets now as this is one hell of a good Country lineup! McGraw is ready with his latest album, Here on Earth, from August 2020, his sixteenth studio album, and it came in at number 14 on the Billboard 200 and his 11th consecutive number 1 on the Top Country Albums chart. 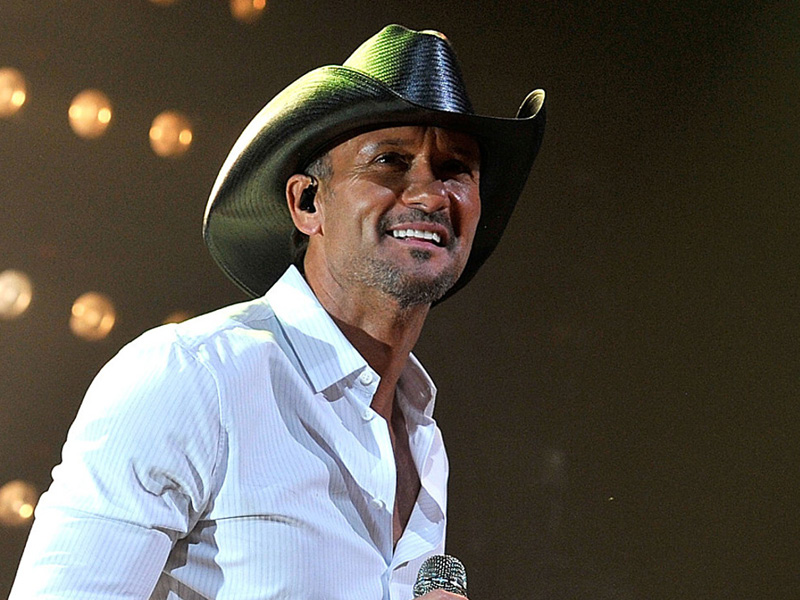 3 Time Grammy Award winner Tim McGraw has sold more than 80 million records worldwide, making him one of the best-selling music artists of all time, his Soul2Soul II tour with his wife, Faith Hill is the highest-grossing tour in country music history. He won his 3 Grammy Awards for the songs, "Let's Make Love" (with Faith Hill) in 2000, "Live Like You Were Dying" in 2004, and "Like We Never Loved At All" (with Faith Hill) in 2005. Additionally, he has also earned 14 Academy of Country Music Awards, 11 Country Music Association Awards, 10 American Music Awards and 3 People's Choice Awards. In addition to seeing McGraw on the road next year, fans can catch him on their TVs beginning this month as he plays James Dutton in the Paramount Plus television series 1883, a prequel to the hit show, Yellowstone. McGraw can be seen starring alongside wife, Faith Hill and actor, Sam Elliott.

While plenty of starry-eyed musicians come from all over to make their Grand Ole Opry dreams come true in Music City, there’s a much smaller number who can call Nashville their hometown. Country singer Russell Dickerson however, is a native of Nashville and is getting to live the Nashville dream, with his Grand Ole Opry debut in 2016, he has continued to sharpen his skills, and 2020s sweet “Love You Like I Used To” found him doubling down on his big feeling songs.