The Doobie Brothers have reunited with Michael McDonald for a show that is essential for any Doobie Brothers fan! The rock group is headed to BB&T Pavilion on Thursday 23rd June 2022 (Rescheduled from Wednesday 4th August 2021) as part of their 50th anniversary tour, where they'll be performing hits and fan favorites from the last five decades, as well as brand new music too! This is an incredible opportunity to see all of the group's iterations on stage for an extravaganza of classic tunes! 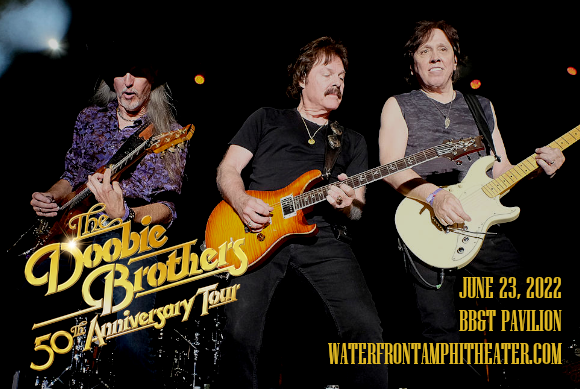 A enduring and adaptable act that has had a string of gold and platinum albums in the U.S. throughout its 50 year career, The Doobie Brothers began in 1970, as a mainstream rock and roll band that incorporated elements of folk, country and R&B. Five years after the band's inception, lead singer Tom Johnson left and the band found a new soul-influenced musical direction through their replacement lead singer, Michael McDonald, who was the group's frontman until their break-up in 1982. In 1987, The Doobie Brothers reunited, with Johnston returning as the band's lead singer. They have continued to be a regular fixture on the touring circuit ever since, and their performances have occasionally featured McDonald as a guest vocalist over the years. In 2004, The Doobie Brothers were inducted into the Vocal Group Hall of Fame and they were nominees for the 2020 Rock and Roll Hall of Fame.