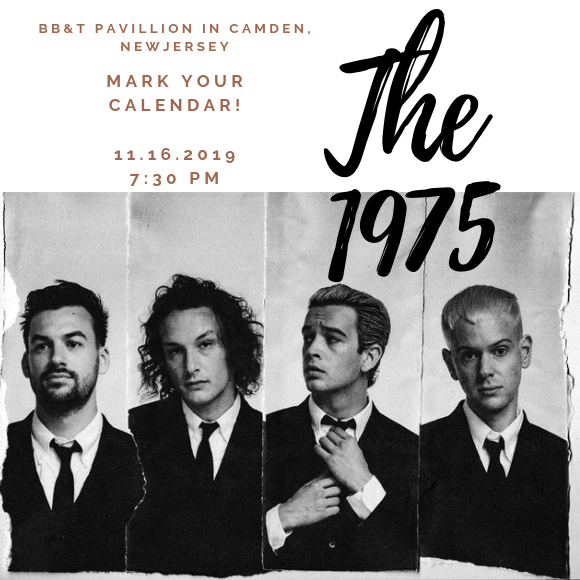 All of the band members met at Wilmslow High School in Cheshire. Since 2002, they have been playing together as teenagers. Gigs organised by a council worker led the band to formally sign with Dirty Hit and Polydor Records.

The band opened for several major acts and released a series of extended plays (Facedown, Sex, Music for Cars, IV) throughout 2012 before releasing their self-titled debut album (2013), which included the popular singles "Sex", "Chocolate", and "Robbers", reaching number one in the United Kingdom.

The 1975 wrapped up their summer tour across Europe and Asia and has announced a much smaller fall tour within the US. The first of their stops just so happens to be at BB&T Pavilion in Camden, New Jersey on November 16th.

Purchase your tickets now to avoid a sold-out situation!