Are you ready to be wowed again by the synth-pop rock music of your favorite Brit rock band the 1975? Well, you better be because the Matty Healy-led band will be at Camden, New Jersey, on November 9th to give their dedicated fans an electrifying concert experience. The “Chocolate” hitmakers will bring their “At Their Very Best” Tour to the US, and the Freedom Mortgage Pavilion is one of the lucky venues the band will perform at. Prepare to experience the ever-evolving music of The 1975 in a night filled with hit songs, such as “Love It If We Made It,” “Chocolate,” “Sex,” “The Sound,” and their newest track, “Happiness,” among many others. Get your tickets now by clicking the “Get Tickets” link, and prepare to have one of the best concert experiences this fall. 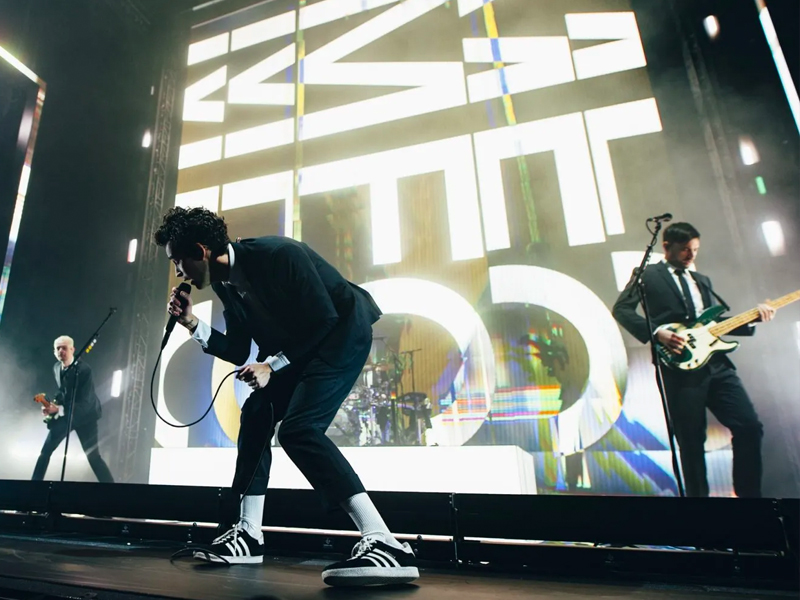 Consisting of friends Matty Healy, Ross MacDonald, Adam Hann, and George Daniel, The 1975 was formed in 2002 in a British high school. Little did the band know that they would level up from covering punk songs and playing at small venues. After a few years of being a cover band, the group landed on a record label and soon released some career-defining songs, including "Chocolate," "Girls," and "Sex." Soon the band found themselves touring the world and influencing a new line of fans with their genre-spanning songs, which usually contain pop rock and synth rock tunes.

The 1975's self-titled debut album was a massive success and has sold over half a million records in the UK and the US alone. The album solidified the band's status as one of Britain's most promising new bands. They released three (3) more albums in the following years –– all of which have topped the UK's Official Albums Chart, including their most recent, 2020's "Notes On A Conditional Form."

Since the previous year, the Matty Healy-led band has been teasing their upcoming album "Being Funny in a Foreign Language," which is set for release on October 14. They recently released a single called "Happiness," to the delight (and happiness) of all their dedicated fans who have been waiting for new music since 2020.

The band will be on tour this year to support the album. Dubbed "At Their Very Best," the trek will include some select dates all over the US, including Camden, New Jersey's Freedom Mortgage Pavilion, on November 9, 2022 (Wednesday). Don't miss this chance to see the band in all of its glory in a concert that will remind you of their creativity and genre-bending greatness. Reserve your tickets now by hitting the "Get Tickets" button.