Keeping their fans sweet, Sugarland are heading out on their first tour since 2018's Still the Same comeback tour, and they're headed to BB&T Pavilion on Saturday 11th July 2020! The Grammy Award-winning duo have been keeping details of this year's stint on the down low, but seeing as its been two years since they took their last show on the road, fans can almost certainly expect some brand new music from the twosome, as well as a bunch of classic Sugarland hits! Accesss to the show will also be available as part of this year's Country Megaticket, so make sure to check that out if you're a country superfan! 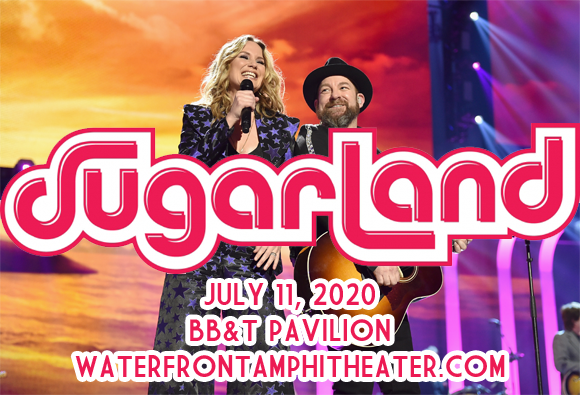 Sugarland began in 2002 when three members of the Atlanta folk-rock scene decided to bring their talents together to from a country band. Jennifer Nettles, the group's lead singer and songwriter, was knwon for being the former frontwoman of Soul Miner's Daughter, Kristian Bush was half of Billy Pilgrim (a critically acclaimed duo), and Kristen Hall was an established solo artist. After finding success both locally and nationally with their live shows, the group was signed to Mercury Nashville Records in 2004. Hall left the band after the release of its platinum-selling debut album, Twice the Speed of Life, but Sugarland continued to go from strength to strength, releasing a further four hugley successful albums, including a Christmas album. In 2009, they also won two Grammy Awards: Best Country Performance by a Duo or Group with Vocals, and Best Country Song. The band embarked upon a hiatus from 2012 – 2016, allowing Nettles maternity leave, and also allowing both artists to release solo albums. After announcing that they were reuniting at the 51st Annual Country Music Association Awards, they got to work on a new album, Bigger, which was released in 2018.