Time to live young, wild, and free! Take it from the 'dogfather' of West Coast rap and G funk, the main man himself — Snoop Dogg! This dawg is out of his leash and will be roaming around the country for his latest tour which will take him to this side of town for a one-night-only engagement at the BB&T Pavilion on Saturday 28th September 2019. Snoop Dogg is still very much a formidable force that gives massive thrills to hip hop fans of all schools. Whether he goes from rap to rasta or calls himself Dogg or lion — doesn't matter. His ingenuity and staying power are boundless. It's now or never, get your tickets now! 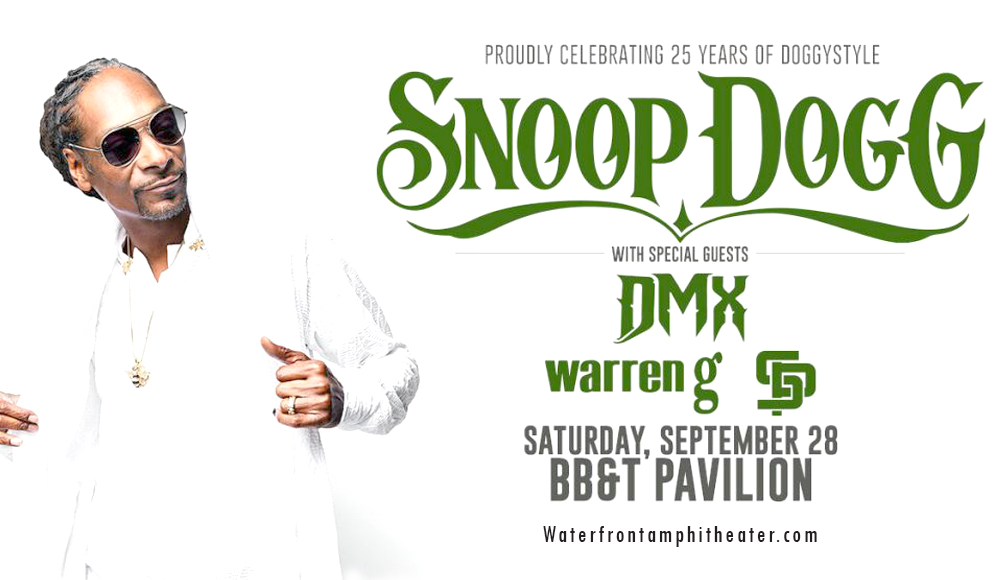 One of the music icons that walk the earth and is truly making significant imprints on the different generations of music fans is Snoop Dogg. Be it in the old school, new school, or out of school rap, Snoop Dogg belongs and is hero-worshipped by many.

Sometimes he may be superseded by his notoriety, but nothing can eclipse his musical creativity and genius. Record producer, media personality, entrepreneur, and actor are some of the many hats he wears in his ultra colorful career.

A concert artist like Snoop Dogg is not one to be missed. Have a lit! Get your tickets now!