Are you ready for the heavy metal show of the year?? That’s right, SLAYER, one of metal’s Big Four, are coming to the BB&T Pavilion on Friday 24th May 2019 as part of their LAST EVER world tour!! No metal fan would be caught dead missing this show – make sure you’re not one of the unlucky ones who isn’t quick enough to grab tickets! Hit the “Buy Tickets,” button above to get yours! 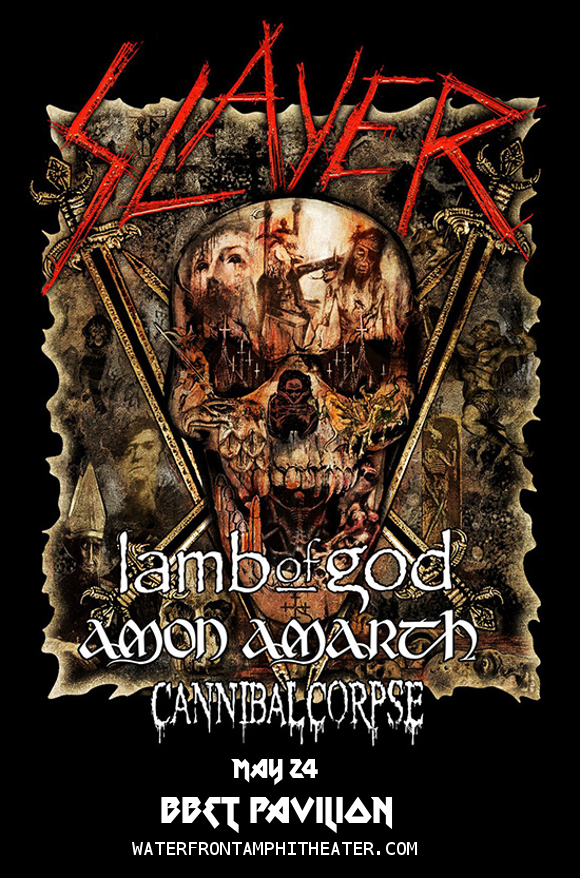 Since the 80s, Slayer have risen up as one of the most legendary metal bands ever, with a unique sound that went on to pretty much pioneer the genre of thrash metal, inspiring countless bands to come and shaping the future of metal music as we know it in the present day! Slayer are one of the most influential bands ever to exist, so its no wonder their tour is selling out fast.

"We always knew this tour would take us into 2019," Kerry King said, when asked about the response and demand that the tour has had so far. "We’ve been blown away by the response we’ve been getting here in North America. We’ve heard about fans who have driven five, six hours, or flown in from other cities or countries to see us, so we want to assure our fans that we’ll be on the road through 2019 and will get to as many places around the world as possible to make it easier for everyone to come and see us one last time.”

There’s only one way to be there for sure – grab your tickets to see Slayer NOW while they last!!