Shut down your computers and come outside again, for the Live and UnZoomed Tour with co-headliners, REO Speedwagon and Styx with the very love-able, Loverboy coming to BB&T Pavilion on Saturday, August 13th, 2022. REO Speedwagon and Styx are tired of doing, “at home concerts” and “overhyped streaming events.” They aren’t 20-something “influencers,” They are Rock-stars! So, grab yourself some tickets and come see and hear REO Speedwagon, Styx and Loverboy in the real, as they absolutely rock the stage in Camden, NJ. This is how life should be, not staring at a screen… 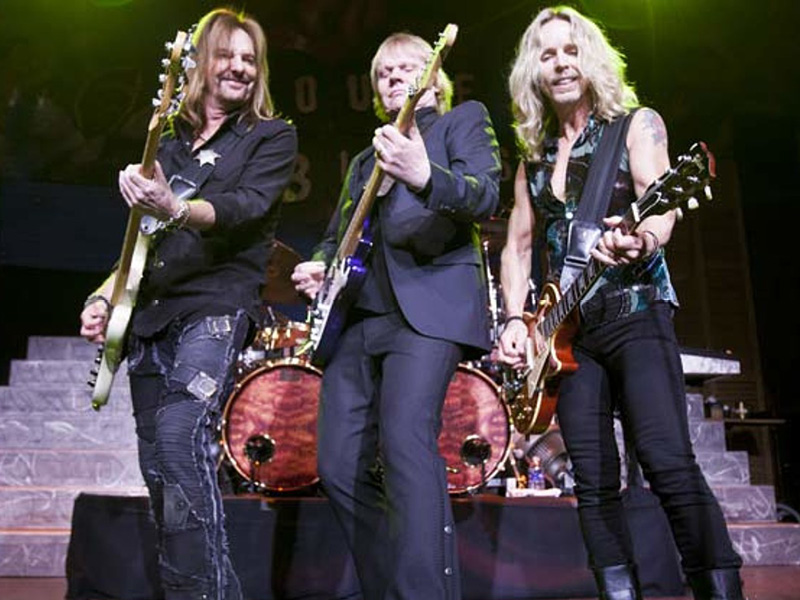 “Tommy Shaw and I have done a number of Zoom performances together during the pandemic, and REO and STYX are ready to go get UnZoomed, and out on the road for our fifth US tour together. Add our great friends Mike Reno and the Loverboy guys, and I am totally psyched. If I wasn’t performing in it, I would totally come out to see this show. See you all, LIVE & UNZOOMED!” said Kevin Cronin of REO Speedwagon, and Styx’s Tommy Shaw added, “I can’t think of a better way of touring the U.S.A. next year than with good friends we’ve known for years and performed with on many a stage.”

In 2021 REO Speedwagon celebrated the 40th anniversary of the band's 1980 album, Hi Infidelity, at release the album spent a staggering, 15 weeks in the number 1 position on the Billboard 200, with the singles “Take It On The Run” reaching the top five on the Billboard Singles Chart after, “Keep On Loving You” reaching number one earlier in 1981.

Styx released their 17th album, Crash Of The Crown, featuring two brand-new songs, “The Same Stardust” and “Age of Entropia”, and five live performance songs of their classic hits, which they played during their “Styx Fix” livestreams over the internet. The album charted at the 114th spot on the Billboard 200, and number 17 on the Top Rock Albums chart.