What a line up for the 2020 Radio 104.5 Birthday Show as it comes to BB&T Pavilion on Saturday 30th May 2020! This year to celebrate Radio 104.5 will be bringing the likes of Awolnation, Kaelo, The 1975 plus so much more for an unmissable event of the best in alternative and rock entertainment! Get ready by securing your tickets today to ensure your place in the crowd! 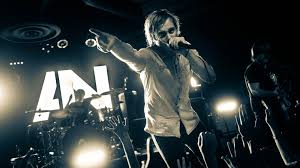 The Radio 104.5 13th Birthday Celebration!
On the Main Stage: The 1975, AWOLNATION, Andrew McMahon in the Wilderness, Kaleo, Manchester Orchestra, lovelytheband & the winner of our Local Opener Contest

Awolnation has made their mark on the American rock music scene with their epic soundscape fronted by Aaron Bruno, formerly of Under the Influence of Giants, Home Town Hero, and Insurgence. As they made a sign to Better Noise Music, they transformed the charts with their initial EP Back from Earth in 2010 and gained their starting ground for a long standing career over the past decade. With features across the Billboard charts and being noted in every music magazine you could get your hands on, these guys built up a solid reputation and songs such as "Sail", which peaked at number 17 on the Billboard Hot 100, have become firm favorites within their repertoire.

Back with a fourth studio record titled Angel Miners & the Lightning Riders, due for release on April 24, 2020 – this upcoming concert is an exclusive preview to the live album in all it's glory as they will be performing tracks live at the Radio 104.5 Birthday Show! Don't miss out on this incredible chance, along with entry for the entire event to catch fellow acts on the bill! It's time to secure your tickets as the countdown has officially begun…