New Jersey's OneRepublic fans will surely feel the Good Life this Sunday, July 24, 2022, as the Grammy-nominated pop-rock band will take its Never Summer Ending Tour in Candem, New Jersey's famous Waterfront Music Pavilion. The band will be joined by another Grammy-nominated Christian rock band Needtobreathe in an epic concert experience that Jersey fans will surely remember for the rest of their lives. Join Ryan Tedder and his band, and sing along to their hits and their newly-released song "Westcoast." Jersey may be on the east coast, but OneRepublic's music and performance will make you forget about borders and state lines — only genuine musical performances that unite everyone. So grab your tickets here and prepare for summer's highly-anticipated event! See you there! 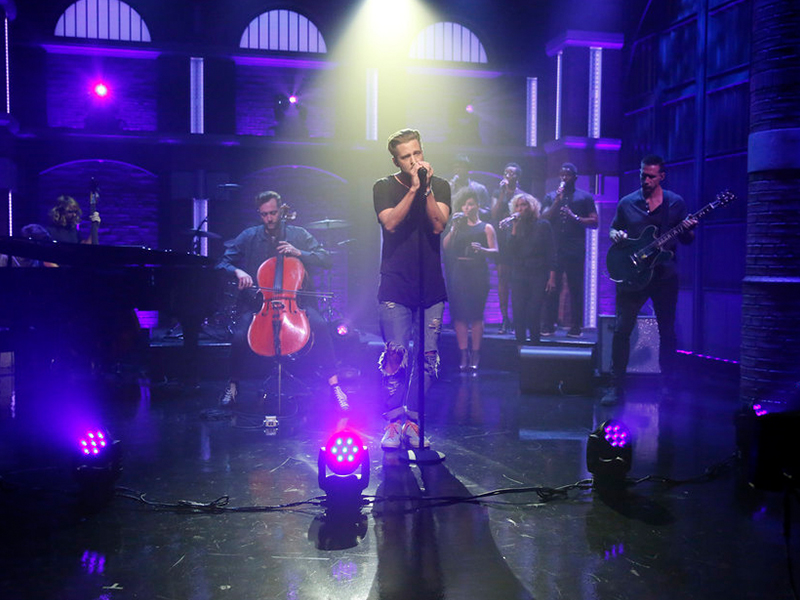 Being one of the most notable bands in the pop-rock music scene, OneRepublic comprises singer/songwriter and lead vocalist Ryan Tedder, guitarists Zach Filkins and Drew Brown, keys Brian Willett, bassist and cellist Brent Kutzle, and drummer Eddie Fisher. The band has produced various hits in their more than two-decade career. Hits such as "Apologize," "Secrets," "Good Life," "All The Right Moves," and "Counting Stars" catapulted the band into worldwide stardom and earned them countless wins and nominations from different prestigious award-giving bodies such as American Music Awards, Billboard Music Awards, MTV Music Awards, and Grammy Awards. Indeed, they proved themselves to be more than just pop hitmakers, but critically-acclaimed artists.

Moreover, they have headlined several tours, including the "Good Life Tour" and "Native Tour" in (2010–2012) and (2013–2015) respectively. The last tour they headlined was the 16th Annual Honda Civic Tour in 2017. Now, the band is back for the "Never Ending Summer Tour." The tour is set to be held across 40 cities, which will kick off this July 8. They will be joined by the American Christian rock band from Seneca, South Carolina NEEDTOBREATHE. NEEDTOBREATHE is a Grammy-nominated band who is most famous for their well-written and meaningful songs "Multiplied," "Who Am I," "Banks," and "Brother," among many others. With these two bands' impressive resumes, one can only expect nothing but the best. They will definitely give Jersey fans a show more than their money's worth!