2020 is an exciting year for singer and songwriter Nathaniel Rateliff – not only is he touring in support of Bob Dylan, but he releases a hotly anticipated new album and he's heading out on a headlining tour – the And Its Still Alright Tour – which comes to BB&T Pavilion on Saturday 1st August 2020! Rateliff's Americana-tinged folk-pop has brought him success as both a solo artist and as a member of Nathaniel Rateliff and the Nightsweats, and this marks his first solo effort since 2018's Tearing at the Seams. He'll be joined by special guest support acts Grace Potter and The Marcus King Band! 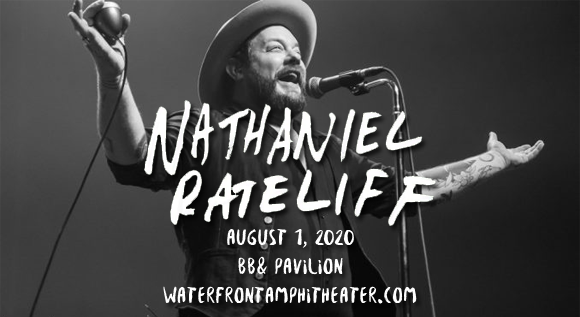 Fronted by Denver-based singer and songwriter Nathaniel Rateliff, Nathaniel Rateliff and the Nightsweats are a soul-tinged R&B outfit formed of Rateliff, Joseph Pope III (bass), Mark Shusterman (keyboards) and Patrick Meese (drums), as well as sporadic bandmembers Luke Mossman (guitar), Wesley Watkins (trumpet), and Andy Wild (saxophone). The group came together in 2013 and released its self-titled debut in 2015 which was, according to the Los Angeles Times, "an album Rateliff made as a last-ditch effort before throwing in the towel on his music career, only to see it go viral and turn into a runaway hit." Critically acclaimed, the album reached the top 20 of the Billboard 200, the top five of the US Top Rock Albums and Top Alternative Albums charts, and number-one on the US Folk Albums chart. The band's follow-up, Tearing at the Seams, came in 2018 and its lead single, "You Worry Me," hit the top spot on the US Adult Alternative Songs chart. The album debuted at number 11 on the Billboard 200.