Are you ready for a larger-than-life dose of riotously funny comedy…? Well, you're in luck! Actor, comedian and very naughty man Kevin Hart comes to BB&T Pavilion on Saturday 14th July 2018 on his Irresponsible Tour! Featuring brand new and hilarious material, the Jumanji: Welcome to the Jungle star's show will have you laughing all night long! Tickets available now! 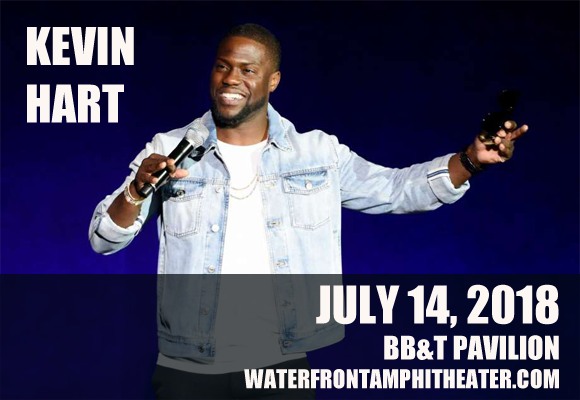 After years of performing at comedy clubs and entering competitions around Massachusetts, American comedian and actor Kevin Hart's breakthrough came in 2001, when he landed a recurring role in Judd Apatow's Fox show Undeclared. Since then, Hart has found success in both acting and comedy, with roles in several high profile films, including Little Fockers (2010), Get Hard (2015) and Jumanji: Welcome to the Jungle (2017), as well as several comedy tours and specials. Kevin Hart: What Now? (The Mixtape Presents Chocolate Droppa), the soundtrack to his comedy tour and stand-up film of the same name, was nominated for Best Comedy Album at the 2018 Grammy Awards.