Alternative rock fans get ready for one of the biggest highlights this summer as Incubus, 311 & Badflower all head out on an extensive 2020 tour! Incubus will be bringing all of their much loved hits to the stage at BB&T Pavilion on Sunday 23rd August 2020! If you love their music then be sure to secure your place in the crowd by booking tickets for their unmissable live concert right here! There's no time to loose as the countdown has now begun for the main event… 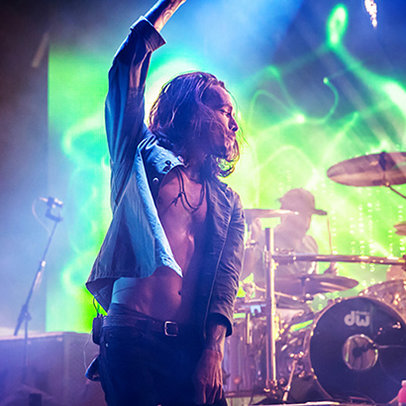 The energetic rockers Incubus have brought their California sounds across the planet throughout the last almost three decades. As they transformed the music scene back in 1990s the band have become an international name. With the incredible lead vocals from Brandon Boyd, lead guitarist Mike Einziger, and drummer José Pasillas, bassist Ben Kenney and DJ Kilmore – these guys bring all of their biggest catalogue of music to the stage time and time again. Giving their solid fan base an unforgettable experience each and every time.

As they combated the charts, with their multi-platinum sales, Incubus dropped Fungus Amongus (1995) and S.C.I.E.N.C.E. (1997) and progressed onto their biggest and most successful single release of "Drive" from Morning View (2001) and A Crow Left of the Murder (2004). Throughout the years Incubus have shown their skills and changed with the times, keeping up to date with the music that surrounded them but always in keeping with their original and instantly recognisable sound.

Their sixth studio record, Light Grenades, hit the number one spot in 2006 and they continued with their successful stream of their greatest hits album Monuments and Melodies in 2009, plus their 2011 album, If Not Now, When?. Incubus kept the ball rolling with their unstoppable EP, Trust Fall (Side A), in 2015, and headed back into the limelight with their eighth studio album, titled 8 which they released in 2017.

With their wide collection of releases and groundbreaking performances their reputation has exceeded all level of expectation and they continue to storm the world – join them as they once again hit the road for 2020 on their Summer shows with special support guests 311 and Badflower! This is a concert that cannot be missed, especially by their dedicated fan base! Book your tickets above online today!