Classic rock fan? Then you'd be hard-pushed to find a better show this summer than Foreigner's Juke Box Heroes Tour! The mighty, multi-platinum-selling band are known for their extensive summer tours, bringing full-power rock to the stage as only the professionals can! This year will be no different, as the veteran performers take to the stage BB&T Pavilion on Tuesday 25th August 2020 for a night of bonafide hits! They'll also be joined by a two very special guest acts in support, Kansas and Europe, making this an unforgettable, unmissable show! 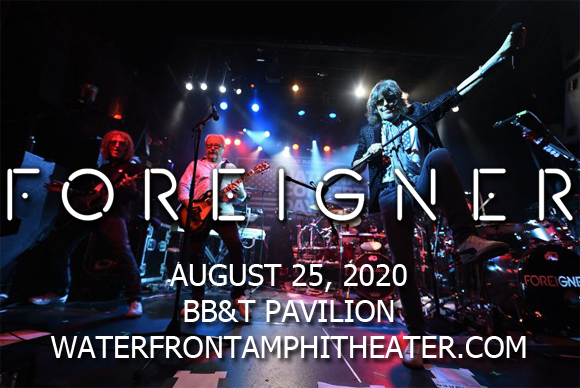 With a legacy of 10 multi-platinum albums, 16 Top 30 hits and musical influence that can be heard in the music of a multitude of artists that have come since, British-American rock band Foreigner have achieved legendary status, and with good reason. Known for their soaring power ballads and radio-friendly singles that stand the test of time, the band was formed in 1976 and had an instant smash hit the following year with their self-titled debut album, which went five-times platinum. Now, Foreigner are one of the world's best-selling bands of all time with worldwide sales of more than 80 million records to date, including 37.5 million records in the US.