Nothing can slow the Dave Matthews Band down! Coming to BB&T Pavilion on Friday, July 15th 2022 the most prolific touring act is hitting the Jam Band scene once more, and you have got to be there! Grab some tickets right here and get ready to Rock! This is the first day of a two-day stop-over in Camden, NJ, and it should be epic. A show filled with incredible songs from a massive back catalog of hits, plus some insane covers! 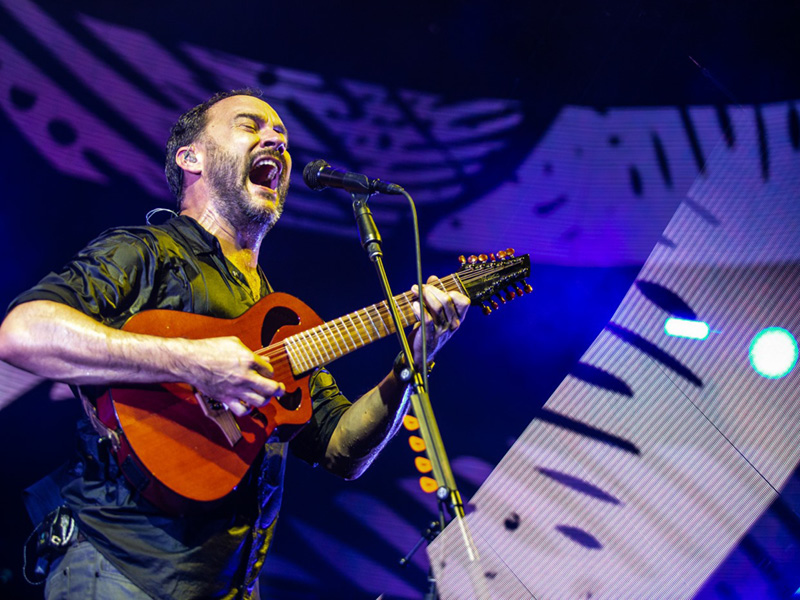 The Dave Matthews Band hit the ground running after they formed in Charlottesville, Virginia in 1991. By the end of the decade, they were superstars. A lot of the band's unique sound comes from the members' solid backgrounds in jazz before joining with Matthews to produce his first tape, yes it was tapes back then! The band went from playing their first gig at a private rooftop party in 1991 to their first Grammy Award nomination in 1995 and their first win for Best Rock Performance in 1996. Basically, it took no time for the jam band to grow to fame and begin to fill out stadiums with all of you screaming fans! Speaking of fans, you're all still a bit upset the band didn’t make it into the Rock & Roll Hall of Fame with the Class of 2020, as you might remember, that was the year DMB won the annual Fan Vote by a wide margin but still failed to earn induction.
Over the past two years, Dave Matthews Band has planted over 2 million trees through its partnership with the Nature Conservancy. The band has committed to helping plant an additional one million trees in 2022. Along with the tree campaign, Dave Matthews Band will once again join forces with REVERB to neutralize carbon emissions associated with both band and fan travel, resulting in a Climate Positive tour.