This summer is shaping up to be one of the hottest on record – for co-headliner tours, that is…! Here's one for the indie-pop lovers: sibling trio AJR and innovative singer-songwriter Quinn XCII have teamed up for the Everything Everywhere Tour, which comes to BB&T Pavilion on Tuesday 28th July 2020! Perfect for anyone who's a fan of great hooks and clever songwriting, this show will be heaps of fun and is bound to put a spring in your step! Not only will the crowd be treated to top-notch headliners, but they'll also get to see emo rap outfit Hobo Johnson and The Lovemakers in support! What a line-up! 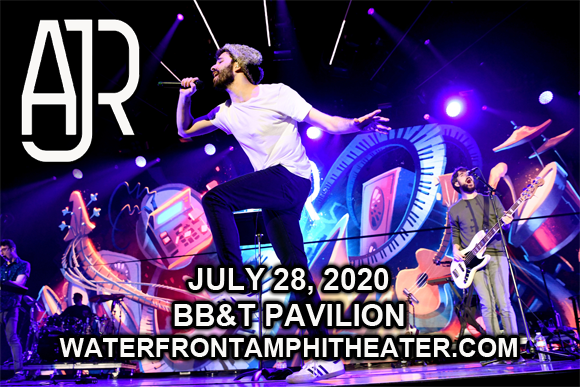 Multi-instrumentalist brothers Adam, Jack, and Ryan Met formed the pop band AJR in 2006. The siblings took a DIY indie approach to their music, writing, producing and mixing their tracks at home, setting up a makeshift studio in their living room. They began performing covers, but over the years graduated to writing and performing their own material. In 2012, their break came when their song "I'm Ready" caught the attention of Australian singer and songwriter Sia, leading them to hire former Columbia president Steve Greenberg as their manager. They released the song as a single, and it reached number 27 on the Billboard Mainstream Top 40 chart. The band's debut studio album, Living Room, was released in 2015, followed by 2017's The Click. Their sophomore album was preceded by the platinum-selling single "Weak," which reached number 8 on the U.S. Billboard Dance Club chart, and also featured the single "Drama" and the track "Sober Up" with Weezer's Rivers Cuomo. Their third studio album, Neotheater, was released in 2019 and debuted at number 8 on the Billboard 200, hitting the top spot on the Top Rock Albums chart.